The Past Viewer is a small installation for 8mm film projection. It originally included a Brownie projector shooting its image onto a mirror, reflecting back to a piece of frosted mylar. The image above shows its first configuration, where the projection surface was installed into a modified radio/portable tv hybrid. This was initially a part of my first Objects of Note exhibition. 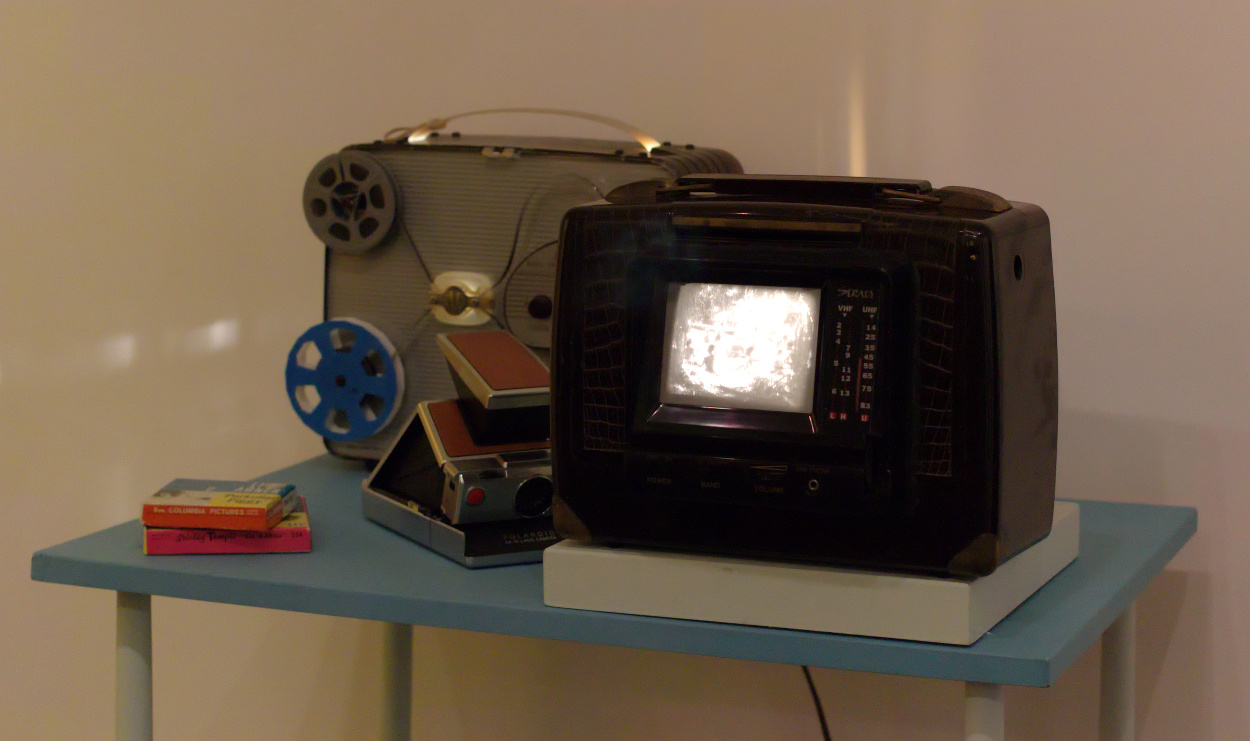 This set-up worked quite well, but posed a number of difficulties:

As a result, I temporarily retired the piece until I worked out The Past Viewer, Version 2:

I took an old slide-projection viewing-box-thing, and placed a small pocket projector inside, reflecting off a mirror within the box itself. Using a digital projector meant that I had to digitize the films, and find something to store and playback the videos. In this iteration, the system used for playback is a small Raspberry Pi computer, hidden inside the projection box. Now that everything is digital, I can use a script to control the timing and playback of the video, allowing the installation to run unassisted.

But Why Make This Thing?

In general, this (rather simple) installation uses cultural objects from the past as a way to explore the media preferences of North America's recent history. What was entertaining? What was important? Predominantly, I use the setup to project short silent films form the 1930s and 40s. Some clips are straight forward examples of popular film characters which still maintain a quaint nostalgia, while other clips are no longer endearing to a contemporary audience.

In most cases, these films are short excerpts of larger works adapted specifically for home viewing on 8mm film. In the case of the Invisible Man, all of the drama of the 70 minute film is compressed into a silent 7 minutes. The act of re-presenting these films in the gallery is just another iteration in its chain of representation adaptation. 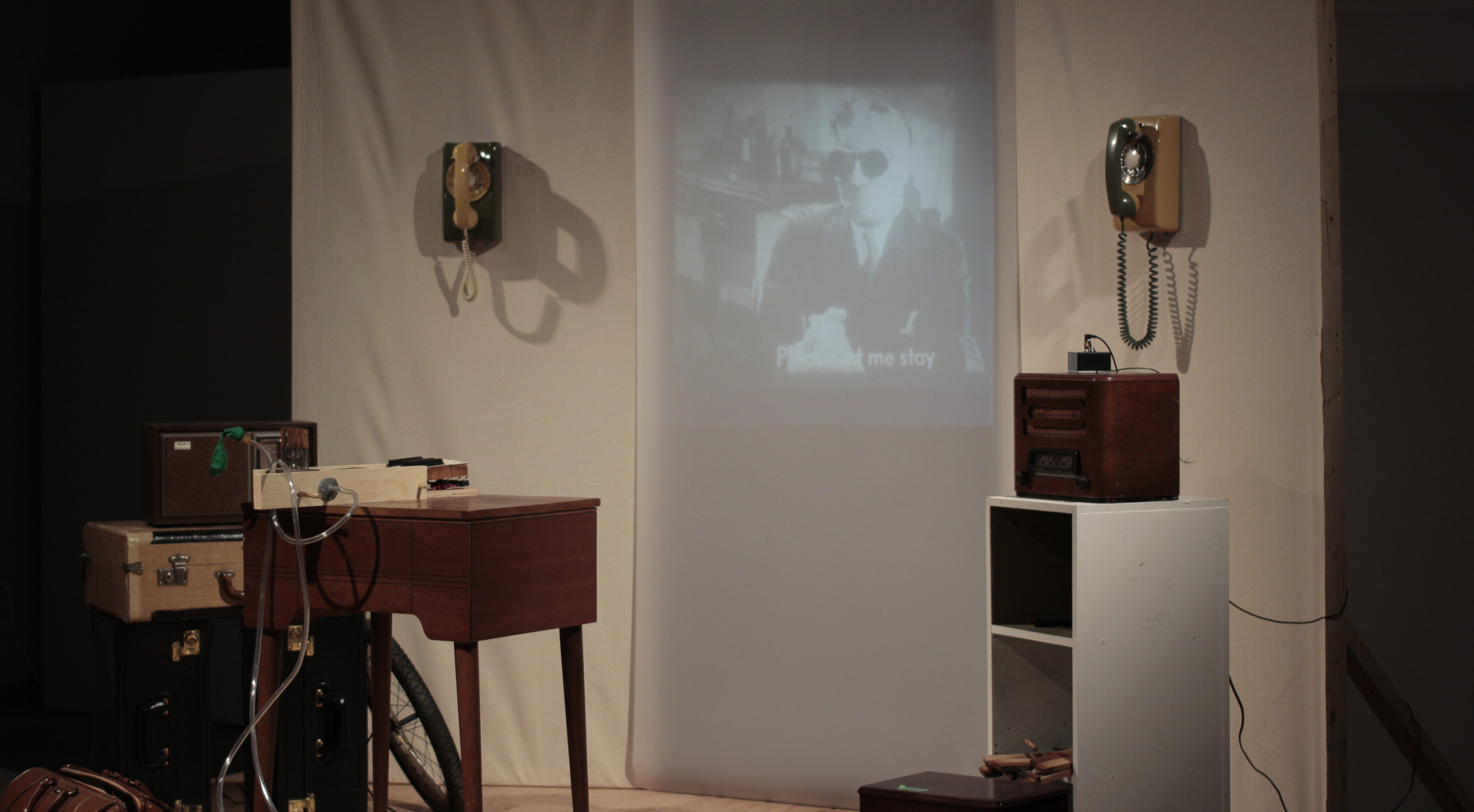 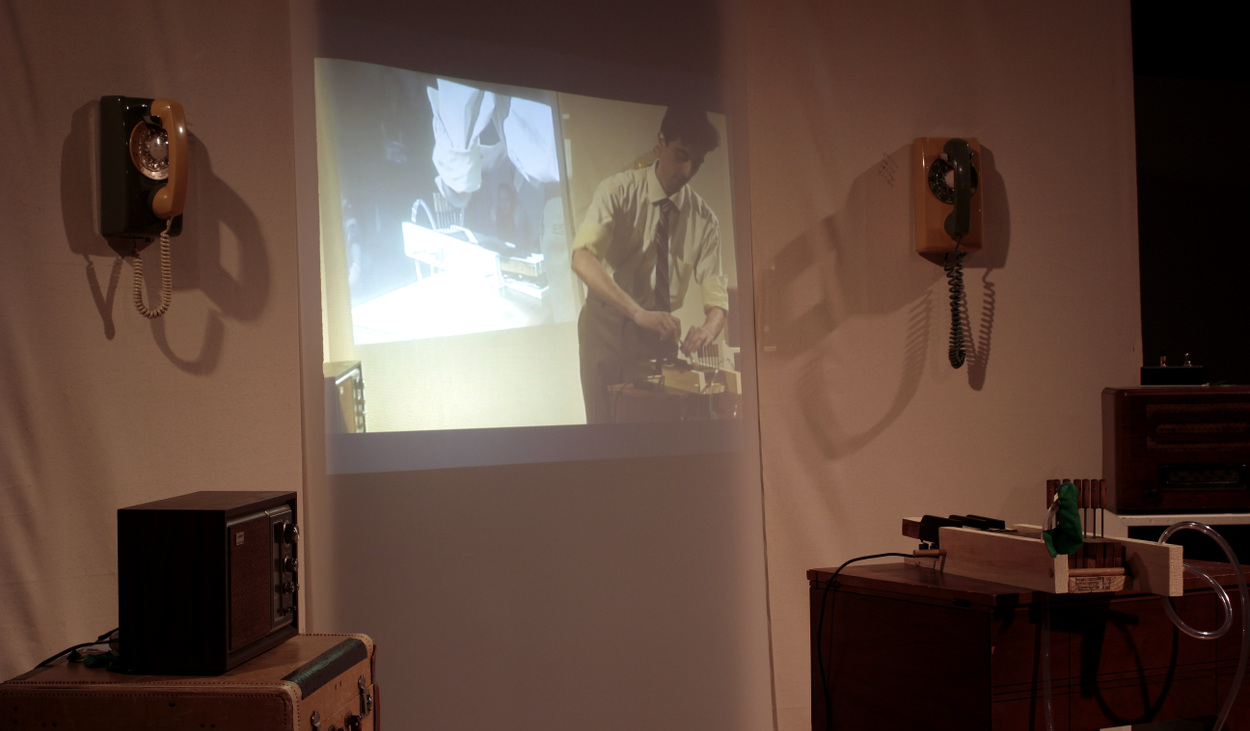