This project reflects an obsession with wires, communication, and out-of-date consumer products. In order to do so, this installation explores systems of translation and adaptation by dismantling objects which are on the outer edge of their usable life and imbuing them with new, but not always useful, functionality. 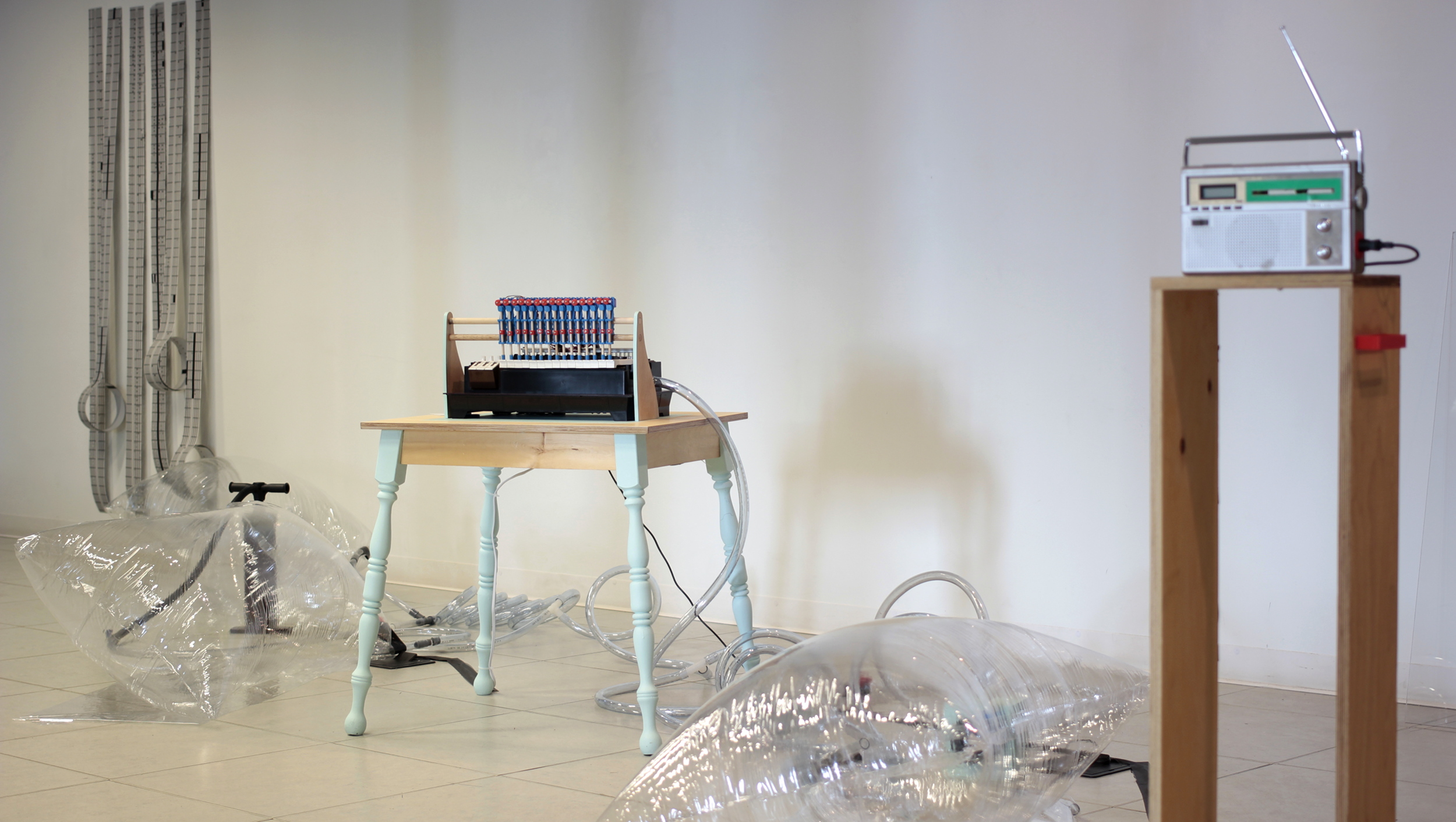 A non-exhaustive list of the materials involved includes: an FM radio, an electric chord organ, PVC tubes, rolls of hole punched paper, and large plastic pillows filled with air. Connected by a series of inputs and outputs, the system plays out an absurd comic moment where all of the machinery forces airflow and data into a small instrument, playing an indecipherable tune. 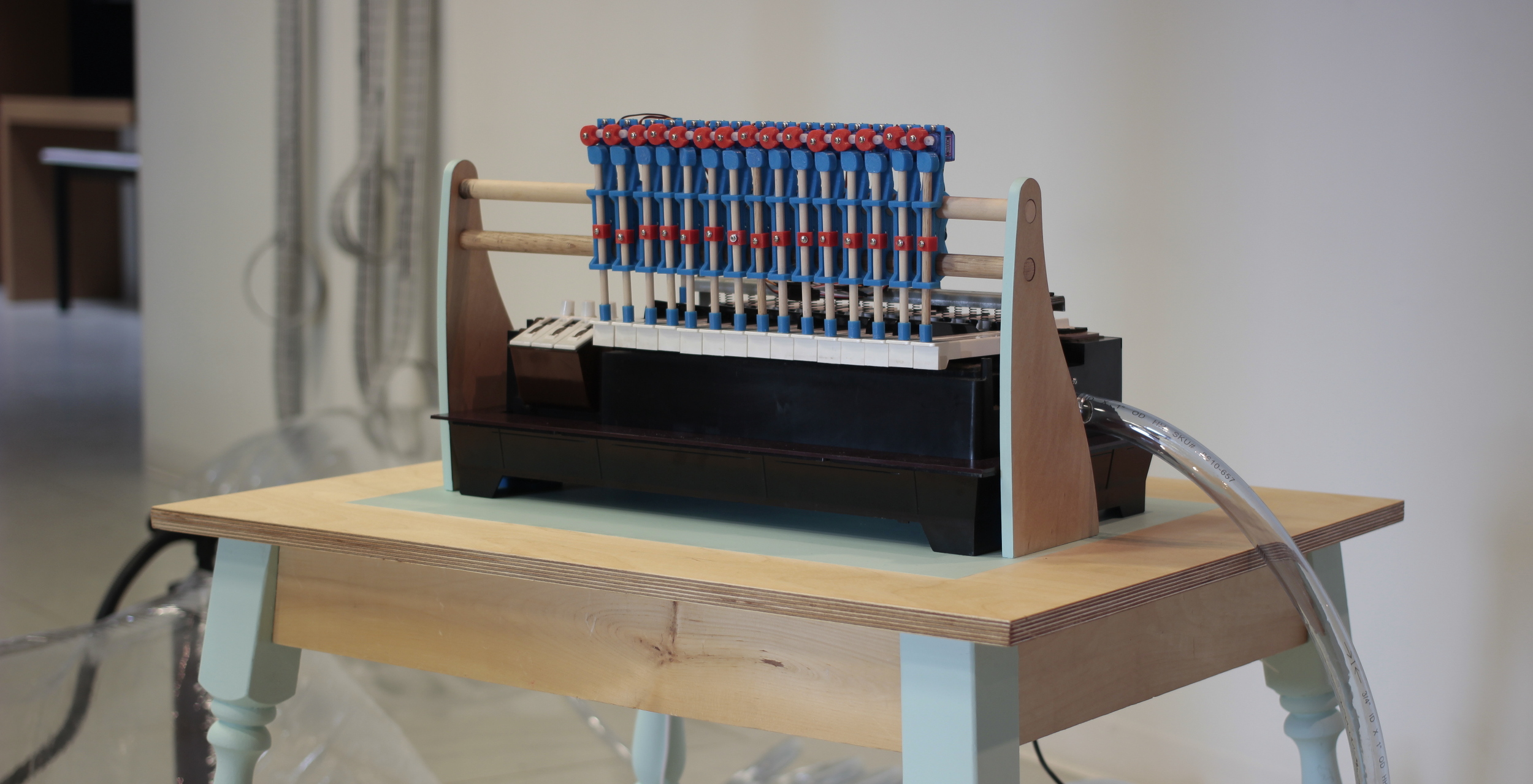 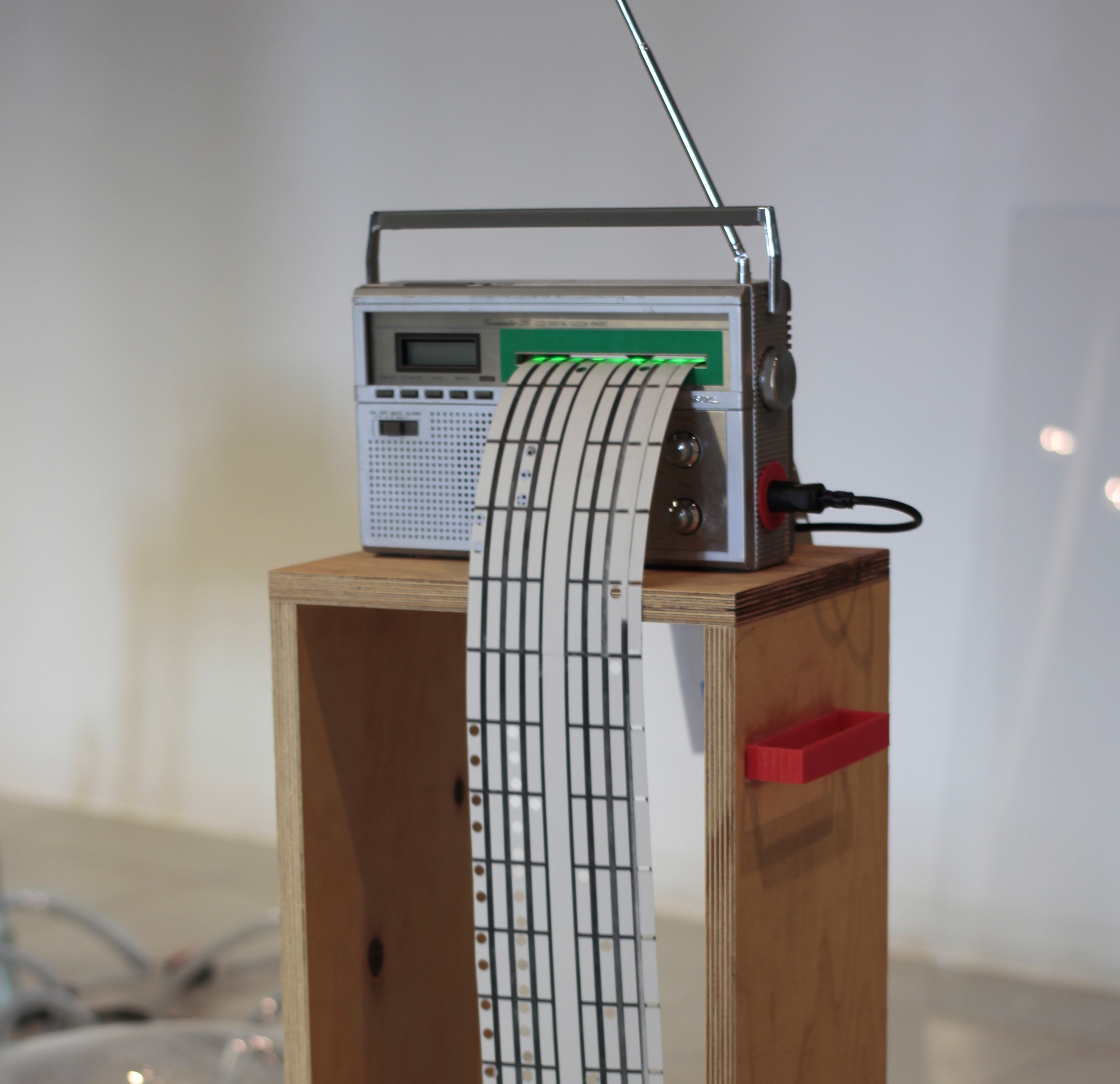 The objects in the exhibition are meant to be used in conjunction with each other, in order to make a large elaborate instrument. The instrument works a bit like this: the Beep-Boop Machine reads data in the form of punched rolls of paper, and converts that data into MIDI. The MIDI information is then sent along a cable over to the micro-controller which controls the servo motors. Eventually, the data is expressed when a specific servo motor depresses a key on the chord organ.

Separate from that, the chord organ also needs airflow in order to produce sound. Whether it is a manual hand-pump or the new set of external fans, airflow must be generated for the chord organ to make noise. The air stored in the air-pillows serves as a container for this energy to be deployed within the system, which can be manipulated to increase the volume of the organ. 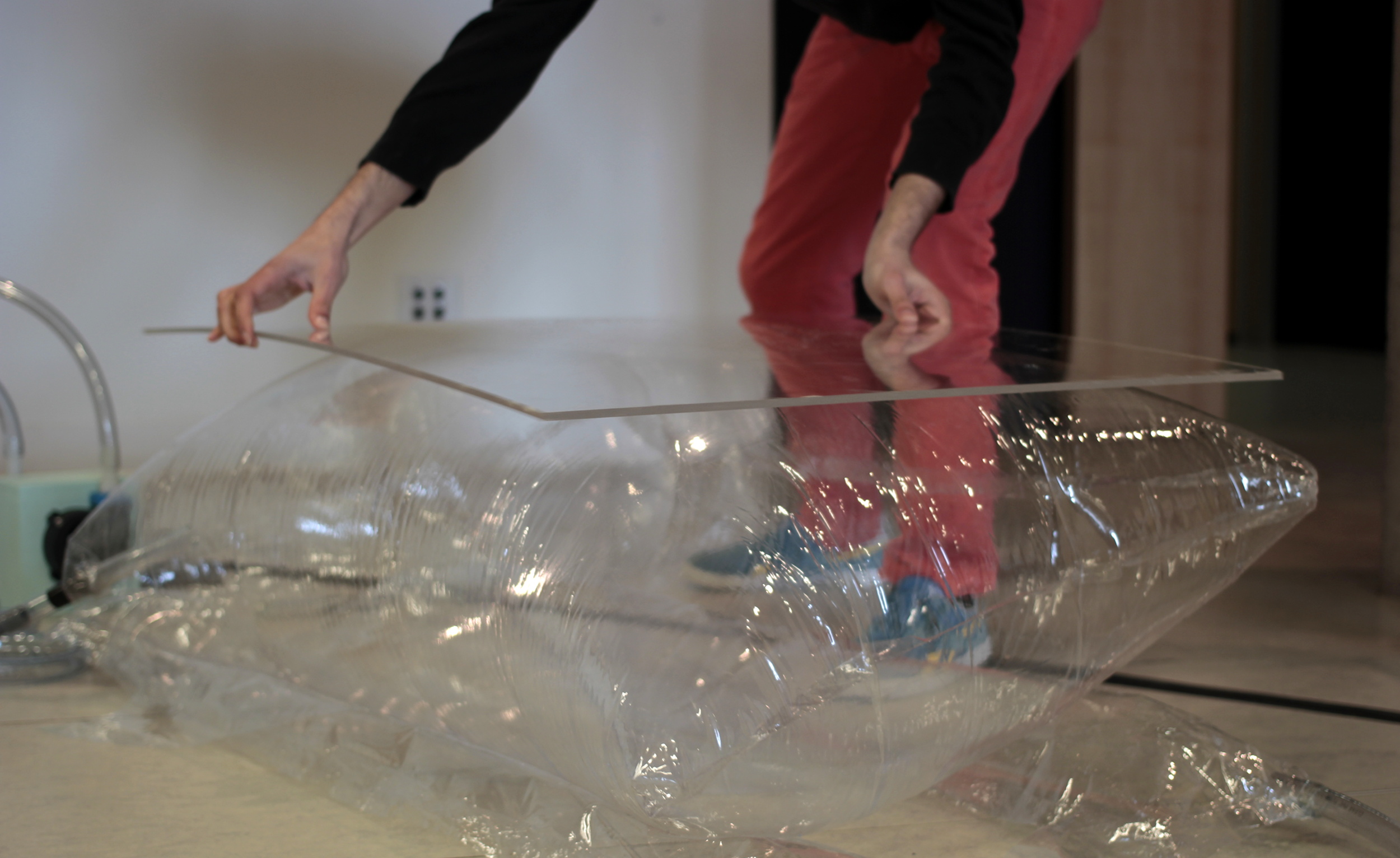 But Does it Actually Work?

Yes! Below is a run through of what the installation looks like in action. There is also a longer version here showing a bit more of its operation.

The organ playing component can also be rigged to play MIDI input directly. Below is an example of it playing a composition by John Cage, which I adapted for use with the organ and servo setup.

Some Bits and Pieces

If you would like try an build your own, I have some good news for you. While I don't have a comprehensive how-to guide, I have put all of the 3D printable parts on thingiverse, and the code for the two MicroPython components are here and here. Oh...and if you wanna read the whole MFA thesis, here you go (pdf)!

For making it this far down the page here is a little looped excerpt from Charlie Chaplin's Modern Times. This clip, as well as another scene, were projected adjacent to the installation during the exhibition, as a way to bring some frantic energy into the space if I wasn't there to pump air.